British economist Nicholas Stern has released a new report in collaboration with the thinktank Carbon Tracker, supported by organisations including HSBC, Citi, Standard and Poor’s and the International Energy Agency, detailing the possibility of a “carbon bubble”.

Major developed countries are basing the value of their assets on their reserves of oil, gas and coal, assets that may not only depreciate due to efforts to slow down runaway climate change, but that also may never be fully developed for the same reason.

The result? The potential for massive market losses with as much as 1% of global GDP ending up as “stranded” or valueless assets. Ironically, Stern’s landmark 2006 report on the economic impact of climate change – commissioned by the then chancellor, Gordon Brown – concluded that spending 1% of GDP would pay for a transition to a clean and sustainable economy. 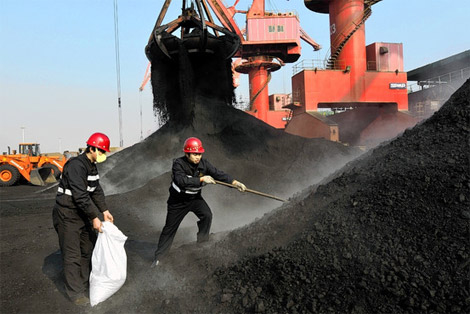 The world market is on a course for change as fear of the consequences of global warming mount, but so far stock markets have been betting on countries’ inaction on climate change – a bet that could go very wrong. For instance, China’s leaders have said its coal use will peak in the next five years, but this has not been priced in.

“I don’t know why the market does not believe China,” says Carbon Tracker’s James Leaton, a former Price Waterhouse Cooper consultant. “When it says it is going to do something, it usually does.” He said the US and Australia were banking on selling coal to China but that this “doesn’t add up.”

This is particularly relevant to British Columbia, where coal exports to China are one of the mainstays of the economy, and plans abound to expand investment in the oilsands as well as natural gas. In the lead-up to a provincial election on May 13th, the debate has failed to rise much above wrangling over who will support the economy best through investment in fossil fuel resources. 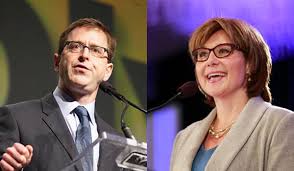 Leading provincial candidates Christy Clark (Liberal) and Adrian Dix (NDP) both support investment in BC fossil fuels with no clear vision for transition away from such assets. Neither offers a long-term view for the province that demonstrates understanding of the looming obsolescence of these assets. This approach that could strand BC in reliance on increasingly valueless investments, while failing to protect essential sustainability factors such as water and food security, both of which are threatened by climate change.

The crisis forecast by the report could hit Canadians where it hurts in a number of ways. “Every pension fund manager needs to ask themselves have we incorporated climate change and carbon risk into our investment strategy? If the answer is no, they need to start to now,” said Howard Pearce, head of pension fund management at the UK’s Environment Agency, which holds £2bn in assets.

Other financial experts agree. Jeremy Grantham, a billionaire fund manager who oversees $106bn of assets, says his company is on the verge of pulling out of all coal and unconventional fossil fuels, such as oil from tar sands. “The probability of them running into trouble is too high for me to take that risk as an investor.”

“If we mean to burn all the coal and any appreciable percentage of the tar sands, or other unconventional oil and gas then we’re cooked. [There are] terrible consequences that we will lay at the door of our grandchildren.”