As disheartening news on accelerated melting of ice and unseasonably warm weather continues to emerge from both the Arctic and Antarctic, researchers from four countries are gathering in Manila at a conference hosted by the Manila Observatory to discuss climate threats to coastal cities. ACT ED Deborah Harford will present on CCaR work being done in Metro Vancouver, as well as adaptation initiatives underway in the region.

The international Coastal Cities at Risk project joins Metro Vancouver (with ACT as the principal node contact for the Canadian research team) with Manila, Bangkok and Lagos in an effort to share and develop cutting edge expertise on approaches for physical, economic, environmental and social resilience to impacts such as sea level rise, intense storms, storm surge, flooding, and the associated effects on everything from seniors to businesses to development to food security.

Coastal cities experience a higher level of risk than those further inland because of their proximity to the sea and rivers, and their development patterns. Most of the largest coastal cities are built on river deltas, and many have built right to the edge of the water wherever possible, creating challenges such as coastal squeeze – in which ecosystems (including valuable farmland) are both exposed to salinization and trapped between urban development and the need to retreat or increase diking; subsidence – a consequence of building major infrastructure on silty delta soils; and climate change-exacerbated flood levels for both the ocean and rivers.

Add to these issues the high concentration of population in such cities and the enormous investment in infrastructure assets, and uniquely elevated risks emerge. 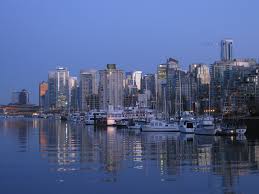 For instance, Vancouver is ranked 32nd on the British High Commission’s list of cities exposed to sea level rise, but is 16th in terms of assets, due to high-value waterfront residential development as well as its international airport and other tourist-related amenities.

Furthermore, concerns continue to emerge that the emissions trajectory the world is on is consistently tracking the top end of the IPCC’s worst case scenarios, and that we may now be unable to avoid climate change increases that will cause major sea level rise.

As New York continues to struggle with recovery from the unprecedented impacts of Hurricane Sandy, which may have been intensified by warming of ocean waters, the reality of such dangers is hitting home. Governor Chris Cuomo announced this week that NYC will buy back an extraordinary $400 million dollars-worth of coastal properties, which will never be redeveloped, as the city plans to maintain the area as a protective setback to reduce vulnerability.

As well, authorities are learning from Sandy that they must work together to ensure resilience, as the sea knows no political boundaries, and measures taken by one jurisdiction will inevitably have consequences for its neighbours.

Coastal Cities at Risk is a way for us to do this between countries, to share knowledge and resources that will have mutual benefits for all despite the varying challenges we face. It is an honour and a pleasure to work with our international partners.